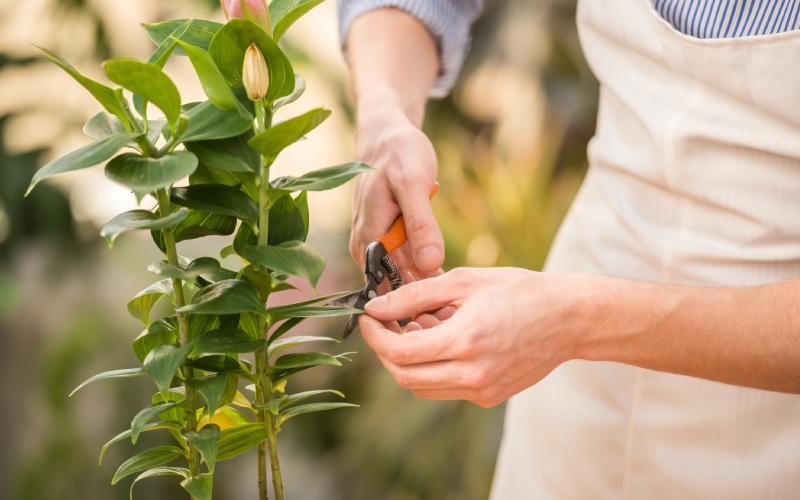 When and How to Prune Trees, Shrubs, and Flowers Correctly

I’m making no assumptions here. Someone could be reading this who is extremely new to gardening and haven’t even heard of pruning.

With this in mind, here’s a quick review: Pruning is when you cut the dead, awkward, and overgrown parts of your plant off.

The point of doing this is to keep your plants healthy and encourage them to produce and grow better than before.

Proper pruning of trees and shrubs involves art and skill. The artistic part is to prune plants so the result is pleasing to the eye – a compliment to the yard and landscape.  One only needs to look at the thousands of butchered crape myrtles across the South to understand the lack of art applied to this particular plant.

Skill and technique comes from understanding a few basic rules, and applying them correctly through practice.

Most hydrangea varieties bloom on previous season=s growth. Growth that was produced in 2013 will bear the flowers in 2014. This is true for the common mophead or lacecap hydrangeas with large blue or pink flower heads, and for oakleaf hydrangeas. These should be pruned after blooming. Since they hydrangeas bloom over a long period of time, you may need to selectively prune shoots that have already bloomed while leaving others to finish blooming. If you prune hydrangeas back to the ground in winter, you will eliminate all flowers the following year.

Most folks realize that azaleas, like hydrangeas, bloom on previous season=s growth, so hold off pruning until after spring bloom. However, you can do selective shoot removal in the wintertime without messing up spring bloom. For example, strong, vigorous limbs shooting up above the rest of the planting can be removed at any time during the year.

Just like the reblooming hydrangeas, reblooming azaleas (Encore is the most popular series) also will bloom again on current season growth. Just don’t prune heavily now, or you will miss the first spring bloom.

Prune fruit trees and grapes in January and February. Research has shown that fall pruning of some fruit trees can promote earlier blooming and thus increase the risk of frost damage to next year’s crop.

Mentioned earlier as examples of nearly universally poorly pruned plants, crape myrtles take a beating every winter when cut mercilessly back by well-intentioned, but misinformed, gardeners. Somewhere along the line of gardening history, it became fashionable to severely cut back crape myrtles. Perhaps some thought it was a cultural necessity for the health of the plant. Others may have felt it enhanced blooming. Some see others cutting back and must feel that it just Aone of those things@ that must be done each year. Still others may have planted a large cultivar where a small one should have been planted, and have to cut it back every year to make it fit into its location.

Speaking of making it fit, if you find yourself slavishly pruning back a plant every year, whether tree or shrub, just to make it fit into a certain spot, you should seriously consider removing it and redesign that area with plants whose mature size naturally fills in the area without additional pruning maintenance.

University research has also shown that pruning crape myrtles in the fall through early winter can result in an increase in freeze injury and dieback.

Things To Consider When Building A Screened-In Porch

Common Issues When Sanding A Deck And How To Solve Them

How Do I Maintain A Wooden Deck?